How I have kept fit over Lock Down 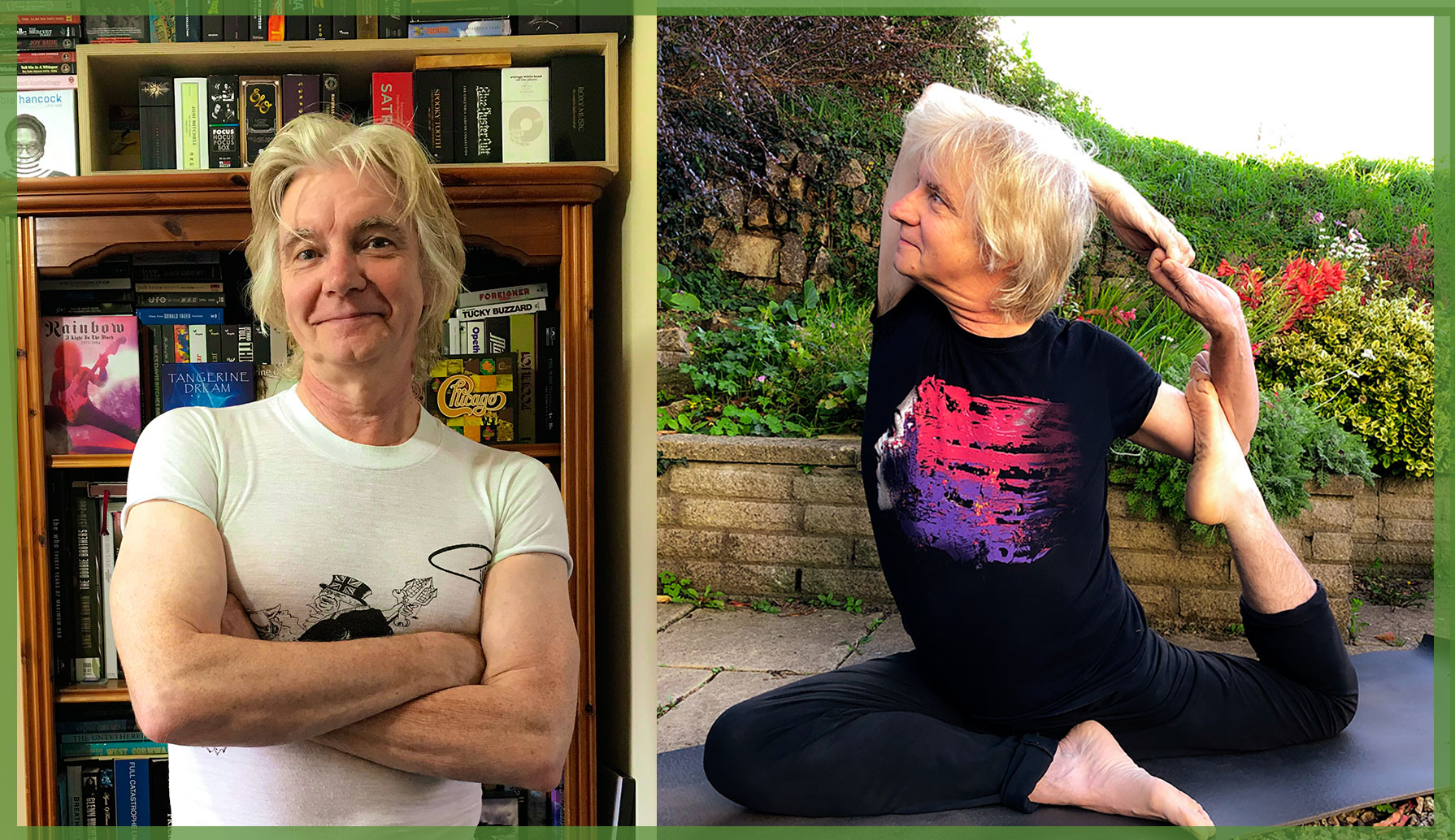 I am not someone who likes exercise; some people love Gyms, running and play a multitude of sports. That has never been me. I think I have been to a Gym about three times in my life.
Entering lockdown in my 60s and being the wrong side of 12.5 stone, I had to do something.

My motivation was to lose a stone and be able to wear a T-Shirt I bought when I was 19 in 1978.
Amazingly I managed to do this using a combination of Yoga, Walking and Meditation. My diet also improved, but my weakness for Kettle Crisps, Chocolate and cold beer(s) at the weekend is relatively undiminished.

I started yoga reluctantly in my late 30s after being told I had High Blood Pressure. Rather than go on medication, Sue suggested I try Yoga which might help me relax. I signed up to a local class and the first thing I noticed was I was the only guy in the room so I just hid at the back.
The course was for 8 weeks so I needed some form of proof it was doing something positive so I set myself the target of being able to touch my toes from a standing position. I had never been able to do this so I thought this would be a good measure.

Every week I tried to force myself to reach my toes and each time I only got midway past my shins. Then in week seven as I tried again (and failed) the teacher came over to me and said ‘You are trying too hard – try easier”. Try easier? What’s that? My whole life had been about trying harder.

So I thought what the hell and bent over and basically tried not to touch my toes. As I did this not only did my fingers reach my toes but the palms of hands landed gently on the floor next to my feet.
I was amazed but there was more than this going on. I was at the time in charge of over 400 members of staff and they had started to see a change in me. Instead of talking at 100mph when they came to see me (because they knew I would interrupt them before they had finished), I was listening and being more aware. At my next check-up at the Doctors, my BP has also dropped and my knees were not hurting either.

So I was hooked and within a couple of years trained to be a yoga teacher to try and encourage more men to take it up. When I moved to Cornwall, I ran Yoga Weekends for over 10 years alongside my Digital Marketing Agency. I taught 1000s of students from around the world, some of whom went on to be teachers themselves.
Although I no longer teach Yoga it is still a daily part of my life, during lockdown I have increased the amount of Yoga I do and I am sure it is this that has kept my joints relatively pain-free.

I had never seen this as exercise as It was just something I just enjoyed doing. I began to see walking to the beach (my walk home from work) as visiting a natural green gym. During the lockdown, I began to add more routes and chose paths that included uneven ground and lots of steep inclines (which in Cornwall is not that hard to do!)

I have tried to do this in all weathers but will admit Sue has had to nudge me out the door sometimes to get me away from a computer screen.
During the summer, some of my ‘walk home from work trips’ were over 9 miles a day and the hills that had found me initially gasping for air became a lot easier.

This is for my mental health and has also helped me see things as they really are, rather than how I think they are.
I try and do at least 20mins per day.

The key to my success has been not trying to create targets I cannot keep to. For example ‘I must do 1 hour of Yoga, walk for 5 miles a day’ etc. What I have tried to do is simply turn up and do something. A bit like saving a bit of money each day, it may not seem like a lot but it builds up over time, just like health and fitness.

Posted in: Diary of a Reluctant Yogi, Mindfulness, Yoga