I use yoga for all of my physical and mental health needs. A few years ago I thought the tools (yoga) had stopped working. I was wrong. 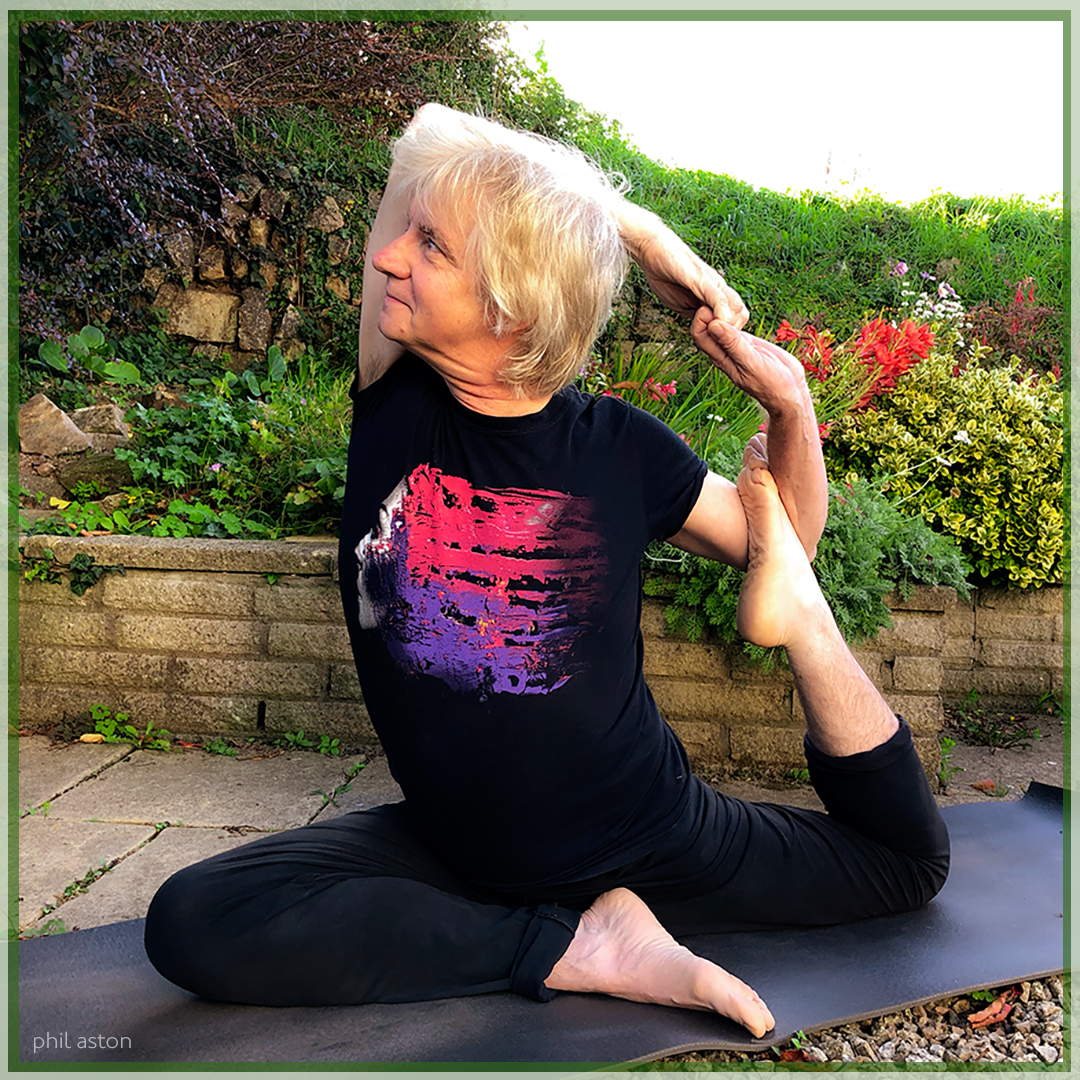 I started yoga reluctantly in my late 30s after being told I had High Blood Pressure.  Rather than go on medication Sue suggested I try Yoga which might help me relax.I signed up to a local class and the first thing I noticed was I was the only guy in the room so I just hid at the back.

The course was for 8 weeks so I needed some form of proof it was doing something positive so I set myself the target of being able to touch my toes from a standing position.  I had never been able to do this so I thought this would be a good measure.

Every week I tried to force myself to reach my toes and each time I only got midway past my shins.  Then in week seven as I tried again (and failed) the teacher came over to me and said ‘You are trying too hard – try easier”.  Try easier? What’s that?  My whole life had been about trying harder.  So I thought what the hell and bent over and basically tried not to touch my toes. As I did this not only did my fingers reach my toes but the palms of hands landed gently on the floor next to feet.I was amazed but there was more than this going on.  I was at the time in charge of over 400 members of staff and they had started to see a change in me.  Instead of talking at 100mph when they came to see me (because they knew I would interrupt them before they had finished), I was listening and being more aware.  At my next check-up at the Doctors, my BP has also dropped and my knees were not hurting either.

So I was hooked and within a couple of years trained to be a Yoga Teacher to try and encourage more men to take it up.  When I moved to Cornwall I ran Yoga Weekends for over 10 years alongside my Digital Marketing Agency.  I taught 1000s of students from around the world, some of whom went on to be teachers themselves.

Eventually, I started to feel under pressure again as my main business continued to grow.  I tried using other teachers and although successful the market was changing so I wound the teaching side of the yoga business in 2014.

I continued to practice yoga at home but as work got busier it started to fall away.  Then in 2016 following a couple of health scares (including Tinnitus- read my success story here), I would go days and then weeks without practising. This carried on for a while and I started to notice that some yoga postures I used to be able to do easily were become hard to do or just not possible.  I thought as I approached my 60s this was probably a natural sign of ageing.
However, in 2018 as my ‘Walk to Work’ started to pay dividends to my health I decided to revisit yoga. This time I would go back to basics and just accept what I could do and feel my way into postures without forcing.  I basically left my ego at the door.

So I started a daily practice of about 45 mins, followed by a 20min meditation practice. I have kept to this ever since.  Perhaps it is muscle memory or just letting go of where I thought I should be but all those postures that I thought were out of reach all came back one by one.

My enthusiasm for Yoga and deepening my own practice is also back.